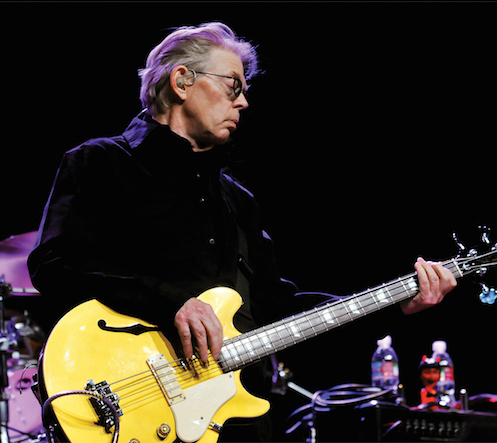 Bassist, rockstar, and all around cool guy. That’s Jack Casady. Jack is considered one of the foremost bass guitarists of the rock music era, best known as a member of Jefferson Airplane and Hot Tuna. He started in Jefferson Airplane in 1965 and was with the band till they broke up in 1972. During that time, he played on all seven of their studio albums, including the singles "Somebody to Love" and "White Rabbit." Casady and former Airplane guitarist, Peter Kaukonen, formed Hot Tuna in 1969, and they still perform to the present day. The group has morphed over the years from an acoustic blues group, to an electric boogie band, to a rampaging metal act and back again. Casady's appetite for playing also led him to do extensive moonlighting during his Airplane tenure. Not only did he perform live on stage with Jimi Hendrix in 1968, he also played bass on the Jimi Hendrix song "Voodoo Child," from Electric Ladyland. He occasionally played with other key San Francisco bands like Grateful Dead and Country Joe and the Fish. Casady, along with the other members of Jefferson Airplane, was inducted into the Rock and Roll Hall of Fame in 1996.

It was time for Jack to upgrade his home studio, but he had a problem. He was planning to remove his obsolete Digidesign Control 24 and replace it with a shiny new Avid S6 M10 console. The desk he has is an older KK audio desk that was custom fit for the Control 24 and the opening was too narrow for the new Avid M10. Since the desk was designed to fit a Control 24, it had the big open area in the rear of the desk with a wood speaker bridge all the way across the top. The easy solution would have been to get a new desk to fit the Avid S6 perfectly. Here is where the problem comes in. 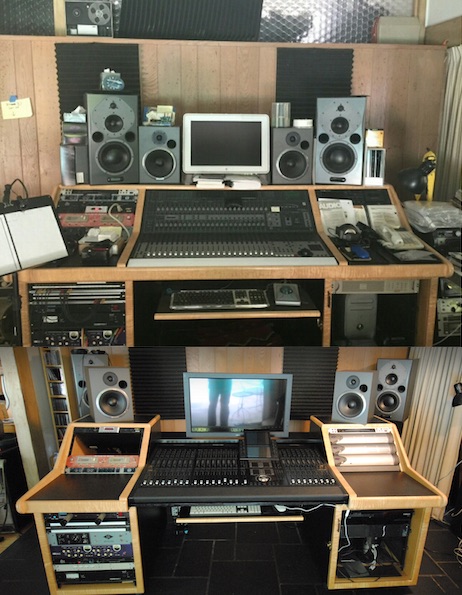 Jack's desk has a great amount of sentimental value to him and he did not want to give it up. After the success of our Digidesign Control 24 to Avid S3 desk conversion we did earlier this year, Audio Perception was called in to solve the dilemma. We removed the strip of wood across the front of the desk and we cut it in half down the middle. We then built a new center piece of wood decking that extended the width of the desk to fit the new console. Next we reinforced the underside of the console deck. Lastly, we cut back the speaker shelf to allow access to the much flatter and deeper M10. Where the speaker deck was cut back, we used the piece of wood taken from the front of the desk to fashion side moulding that matched the desk exactly.

Jack is now back to work in his studio with his new AVID Pro Tools 12 and S6 M-10 console. He is excited to be working again and even happier that he got to keep the desk that means so much to him.